We are more than a golf course

The only game of its kind in Europe, FootBowl Dublin combines elements of football, bowling and more in a new fun activity. The game is played by two or more people and is great for families, groups stags, hens and team building. Inspired by tailgate party games that are played before American Football games, FootBowl is great entertainment that will have you hooked from start to finish. Throw like Superbowl winning quarterback Peyton Manning or kick like Barcelona legend Lionel Messi – The choice is yours!!

The aim of the game is to kick or throw the ball from the marker and try to knock down your opponents pins. Any kicking or throwing style can be used.

In the final frame, if the player that is losing, is making the last kick/throw and knocks down all 10 pins the game is tied no matter what the score is from the previous frames. The match then goes to a play-off.

Play-off: A single pin is placed on the lane. The first person to knock the pin down wins the match.

Each player has 20 seconds to throw/kick the ball. The 20 seconds starts from when the opposing teams kick/throw has come to rest.

Players must kick/throw from behind and between the markers.

FootBowl can be hired and brought to your location. Available for birthdays, weddings, event days, team building days and more. All equipment is supplied including pins, balls, scorecards, markers delivery and set up in Dublin and surrounding Counties. 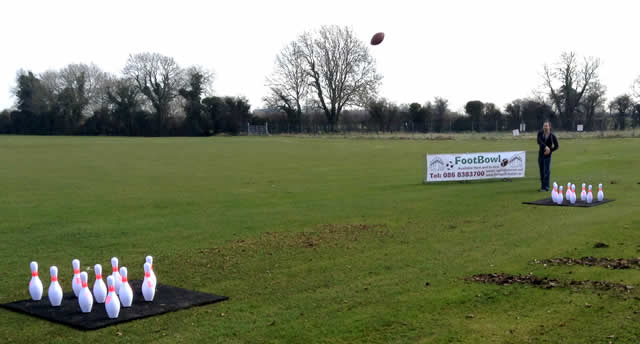 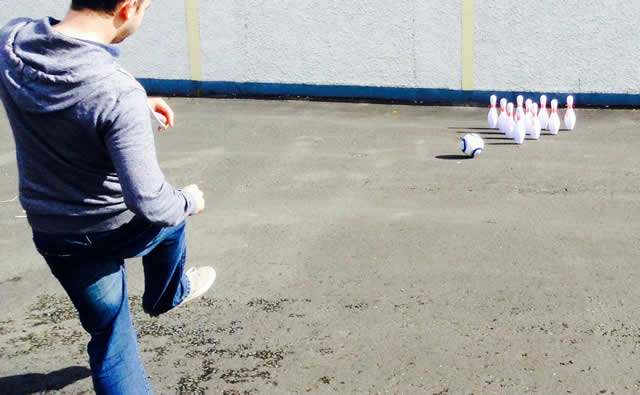 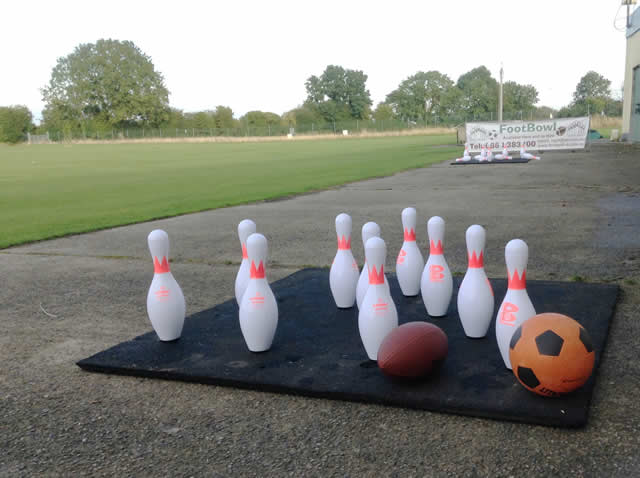